Recently, me and some friend from work (Miguel Bernard, Élodie Ascenci Jumelais and Yohan Belval) participate at the #SlackathonMTL. This hackathon was organised by Officevibe, a product team at GSOFT, where I work. The theme was simple enough : Hack Slack to create greater workplaces.

So me and my teammates got this awesome idea to create a bot that will recap you all the unread messages since you left the app. Yohan got the idea and I remembered this post from Samuel Hulick.

“Slack, you’re asking for A LOT of my time” -Samuel Hulick

On the morning, I was looking in my room to see if I missed something for the 24h coding marathon. I saw my Taz sitting there, what a great mascot it will be ! 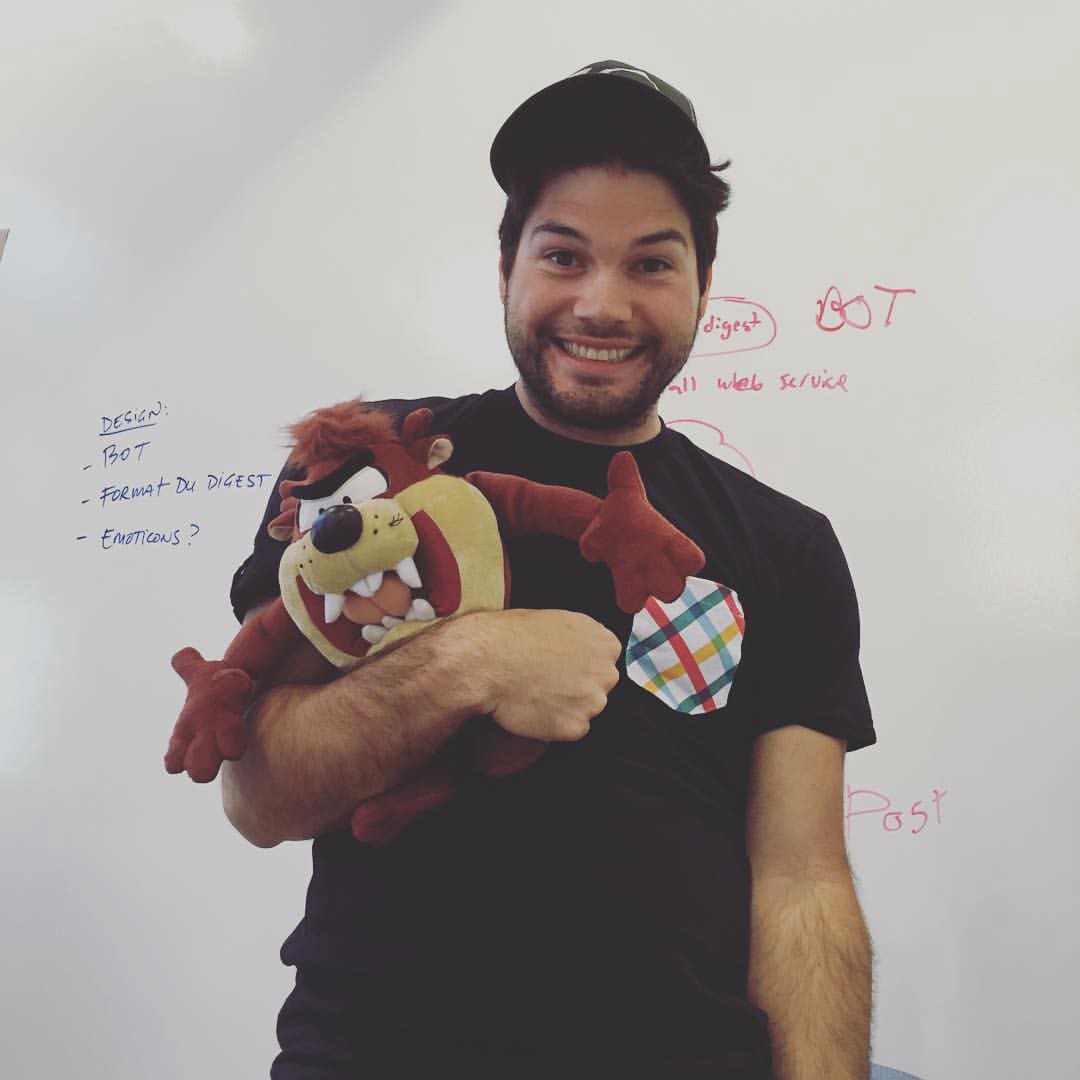 Here was the plan :

Some team came see me and we talk about the moment they though their idea was too similar to another one or not good enough. Stick to it anyway. You don’t have time to change your idea. Instead, focus on the positive side, on the working features.

3. It’s not all about the code

I think a lot of team learn this the hard way on the #SlackathonMTL. Dan (Officevibe CEO) insert a big piece of selling pitch inside the contest. This is something few developers are used to do. But it is an important skill set to learn. You’ll need this to talk to your clients, to sell an idea to your boss or win Hackathons.

If we take a look at the evaluation grid, more than the half of the score is based on Impact, Marketing and Problem Solving. Basically, you could just made a pitch with no app at all. Except you need a working bot..

Overall, I have 1 point I can recall from all the various competition I’ve done (and won in some case), the definitive constant of success was and still is to put all your effort according to the evaluation grid. THIS. This is how you maximize your chance to win.

We ended up winning the 4000$ prize!! Hope these advice serves you as well as us. Good luck to your future projet. Let me know if you have any other advices.